skip to main content
Return to GSS
You are at:Home»Administration»No Matter the Drug, Addiction Treatment is a Family Affair
Story written by Tom Stoelker – Inside Fordham
At a conference co-sponsored by the Graduate School of Social Service (GSS) and the Children and Families Institute on April 30 at Westchester County Center, Linda White-Ryan, Ph.D., assistant dean of GSS, laid out the many facets of the of addiction as it relates to the current opioid crisis. 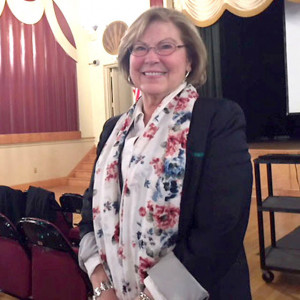 White-Ryan emphasized that addiction is a lifelong struggle that carries with it a stigma that does not apply to patients suffering from other ailments.

“We would never say to someone with a brain tumor, ‘What? Your tumor came back?’’’ she said. “This is a chronic disease.”

She spoke of the case of “Sam,” a college student who began drinking alcohol in high school. By the time he arrived at college he began to lose the ability to regulate his emotions. Once a gifted athlete, he began to falter in sports. He was eventually asked to leave the school. After an incident where he became violent with his father, the family helped get him into a rehab. And while Sam’s condition wasn’t a case study in opioid addiction, his journey and that of other addicts follows pretty much the same pattern, said White-Ryan.

Addiction is a brain disease in which users persist in taking their drug of choice, even in the face of devastating consequences, she said. Eventually, the user’s dependence grows to the point that they need the substance to function. That’s why addressing the disease as a “family disease” is also of great importance for social workers.

“We are the ones who provide the treatment; we need to look at families and the addicts as a unit,” she said.

She said families of addicts also need treatment, as well as education. But with opioids now the leading cause of death for people under 50, families need to be aware of triggers and temptations before a problem even starts.

“Parents need to take control of their medicine cabinets,” she said.

Sam is back in school now, but he experienced a relapse. He is back in recovery, which should be expected and not viewed as a failure, White-Ryan said. She called addiction a “very treatable illness,” provided that everyone in the family, including the addict, holds realistic expectations.

She was also quick to point out that Sam’s family had the resources to help see him through. She said there’s a big financial gap between the haves and the have nots for substance abuse disorders, which often falls along racial lines as well.

In the case of opioid addicts, families need special training specific to that addiction, such as how to administer Narcan, a nasal inhalant that can reverse effects of an opiod overdose. But otherwise, White-Ryan made few distinctions between substance addictions when it came to treatment, though she said society most certainly has.

“Is there different stigma for drinking than for other mood-altering drugs? Yes, absolutely,” she said. “‘Well at least he’s not using drugs,’ people will say, even though alcohol is a central nervous system depressant, yet heroin is considered the bottom of the barrel.”

Substance abuse research has shown that mood altering substances changes the structure and function of the brain, regardless of the drug, she said. And while opioids remain in headlines, other addictions require equal attention from social workers, as well as similar treatment.

“It’s not just a series of techniques, it’s a way of being with clients. You are the ones who can engage with the clients and their families,” she said to the audience of GSS students, practitioners, and county officials. “We know that confrontation doesn’t work, so we need to meet people where they’re at and as social workers we’re very good at that—it’s what we do.”