skip to main content
Return to GSS
You are at:Home»Advocacy»What if We Set the ‘Prisoner’ Free, Humanity? Raising Contemporary Moral Questions Through Research and the Arts 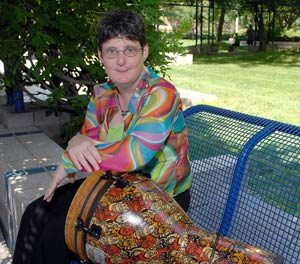 In 2010, I was awarded the John A. Hartford Geriatric Social Work Award funded by the John A. Hartford Foundation and the Gerontological Society of America, and conducted a research study on trauma, coping, and well-being among older adults. In a survey of 677 adults aged 50 and older in the New Jersey state prison system, seven out of ten reported being a victim and/or witness to violence or experiencing the expected or unexpected loss of a loved one. On average, participants reported three lifetime cumulative traumatic or stressful life experiences that directly affected their physical and mental health in later life. For more details of the published research findings, please visit www.betheevidence.org/publications.

Above and beyond the study findings, the most striking realization to me was the public’s lack of awareness of and response to the rapidly growing number of aging people in prison, which according to the Bureau of Justice (2012) statistics totals about 200,000. Not only is the aging ‘prisoner’ crisis quite costly financially, there also are moral costs to house the frail and seriously ill and dying people in prison who pose minimal to no risk to public safety (See Maschi et al., 2012).

There is a growing movement, both locally and nationally, to release aging people from prison for both economic and moral reasons. We as a society need to decide how we want to address the moral and ethical dilemmas of a punitive versus more compassionate and restorative approach to aging and criminal justice matters. In response, I wrote the song, ‘We are All Aging Prisoners’ in order to help reach the general public and foster dialogue about the mass incarceration of elders. After listening to the song and reflecting upon the lyrics, I ask readers and listeners to ask themselves: what would you do (if anything) in each situation described in the song. I also ask listeners to reflect upon their values and ponder the question: Is it possible to incorporate mercy and forgiveness in our treatment of incarcerated people, especially elder who pose minimal to no risk of public safety? Your answers to these questions are for you to decide. If you are interested in getting involved in any research and public awareness projects, please email btep@fordham.edu.

WE ARE ALL AGING PRISONERS: by Tina Maschi (copyright 2014)

Listen to the Song here:

We are all aging prisoners

Living our lives behind bars

We are all aging in prison

There was a boy who climbed a mountain

Got in trouble along the way

Hurt someone before he jumped off the cliff

Down to deep water below

There was a man who beat his wife

She fought back with a knife

The judge said twenty to life

And may you never see the light

Do you think it is right?

There is a man in his cell

Would you let him yell?

Would you let him lie, let him cry, and die alone?

There is a man on the street

Would let him starve

Let him starve, let him carve, and chew on misery

There is a sick man with no home

Would you let him beg, with no legs, and sleep on the pavement

Join the Movement at www.betheevidence.org!