skip to main content
Return to GSS
You are at:Home»Advocacy»Dean’s Statement on the Status of Refugees and Immigrants 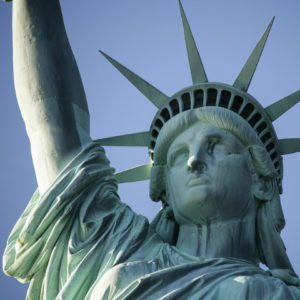 Pit race against race, religion against religion, prejudice against prejudice. Divide and conquer! We must not let that happen here.

Less than a week ago the new President of the United States issued an executive order barring all citizens from seven Muslim-majority countries from entering the country for at least the next 90 days. He also completely suspended the U.S. refugee program for at least 120 days. The impact was immediate and jarring for immigrants and their families across the nation and around the globe. The long term implications of this executive order remain uncertain but what does seems clear is that the new Administration’s agenda will be one characterized by prejudice and exclusion and fueled by fear.

As disquieting as these past few days have been I’m extremely proud to be part of the Fordham community and a University that immediately voiced concern and called for the protection of those directly affected by the President Trump’s executive order. As Dean of GSS I join Fordham’s leadership in recognizing our “long history standing as a University of and for immigrants, in a city and a nation built by immigrants” and in calling for action on behalf of the many individuals and families most in need of our support right now. I’ve not heard of any members of the GSS community who have been detained or restricted as result of the executive order however I know there are students in other Fordham schools and departments who have been impacted. Many of us may also have friends and colleagues from one of the seven targeted countries who are struggling now. I ask every member of the GSS community to reach out with compassion and to bring to my attention anyone who may be in need of our support and assistance.

A hundred years ago the Fordham University Graduate School of Social Service was established in response to the needs of New York City’s growing immigrant communities. The mission of the School set in 1916 remains the same today, to educate professional social workers who are committed to serving and advocating for the protection and well-being of society’s most vulnerable. First and foremost this means actively fighting for the rights, the equity and the access of all people regardless of race, ethnicity, gender, sexual orientation, physical ability, national origin or religious affiliation. For both GSS and the social work profession social justice is not a lofty ideal but rather the core principle directing all of our work. These principles compel us to act wherever the rights of any group or individual threatened by those in power.

I encourage GSS faculty, staff, students and alumni to speak out and stand up for those targeted and impacted by President Trump’s ban. I am so proud that some of you already have done so and you have my full support.  I especially encourage students to come together to develop ways of taking constructive action in response to this executive order and any that may follow. In the weeks and months ahead I pledge my assistance and the resources of GSS in support of any student social action initiatives.

Let us together use our skills and talents to raise our voices, take action and honor our legacy of protecting the rights of all people.