skip to main content
Return to GSS
You are at:Home»Advocacy»Fostering ‘Helper’s High’ 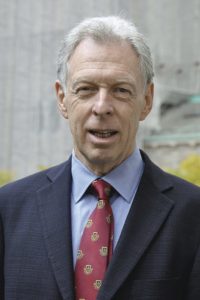 For Allan B. Luks, training the next batch of leaders to run nonprofit organizations is about instilling one key way of thinking: “I am not here to be your manager. I’m here to change the world.”

Mr. Luks, director of Fordham University’s Center for Nonprofit Leaders, has worked in the nonprofit sector for more than 30 years. He has learned that the most important lesson he can teach aspiring leaders is to have a public conscience

Nonprofit groups look more and more like businesses today, but they should be about solving everyday problems, he says. Universities “are at the heart of turning this around.” In the 1980s, he remembers, he set out to solve everyday problems related to the risks of alcohol consumption. While working for the Alcoholism Council of New York, for example, he spent years organizing and lobbying for mandatory signs to warn pregnant women of the health risks of drinking.

His motivation for much of his work? The “Helper’s High” — a term he coined while doing research on the emotional and physical benefits reported by those who directly help others.

About two years ago, Mr. Luks established Fordham’s master’s-degree program in nonprofit leadership. It is an unusual joint effort between the graduate schools of social service and business. Each course links the business skills needed to run a nonprofit organization with ideas about how to advance the group’s mission. Among other skills, students learn how to create a strategic five-year plan for a project and how to budget program funds to build support for an effort.

By August, he anticipates, about 100 students will have graduated from the program. It is geared toward people with experience in social services, so students’ average age is around 38.

Each student gets a mentor who holds a leadership role in a nonprofit group in the greater New York area. Mr. Luks knows a lot about mentoring, having been executive director of Big Brothers Big Sisters of New York City from 1990 to 2008.

More programs in nonprofit leadership are popping up across the country. Fordham’s program tries to distinguish itself by emphasizing social justice throughout the curriculum. “We want students to look in the mirror,” Mr. Luks says. “And say, ‘How do you want to be remembered? Will you remember yourself by your budget?’”

Original Story written by Corinne Ruff for The Chronicle of Higher Education.