skip to main content
Return to GSS
You are at:Home»Advocacy»Why I March: A Reflection on The Women’s March on Washington 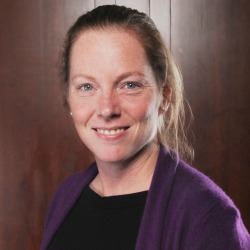 As a new faculty member at Fordham GSS, I am fortunate to join a community of students, staff and faculty who continuously demonstrate a strong commitment to the mission and values of the social work profession.  I chose to march in the Women’s March on Washington because I am concerned about the ramifications of the current administration’s proposed policy agenda on health and human rights both in the US and across the globe. It is clear that these changes—if enacted–will perpetuate existing systems of oppression that disproportionately affect people of color, people who are immigrants, people who practice Islam, people who identify as LGBTQIA, people with disabilities, people who are poor, and people who are women.  For me, marching represented an opportunity to engage in a social and political act that challenges social injustice, which is consistent with our Professional Code of Ethics.

Many aspects of the Women’s March on Washington are notable. It is estimated to be the largest single-day demonstration in history, spanning 673 sister marches in over 60 countries across all seven continents.  The experience of marching left me feeling inspired, motivated and with a renewed sense of hope.

What I remember most vividly are the signs that people chose to carry and the nature of messages they chose to communicate. Some signs conveyed position statements about human rights, immigration, and health. Others displayed directives that were designated for the current administration and members of Congress that focused primarily on opposition to pending Cabinet appointments. Many chose to use their signs to affirm their own identities and show solidarity with others. There were also people who chose to use their signs to communicate direct requests to other marchers.  One that resonated with me was a sign held by a young man that said: ‘I’ll see you nice white ladies at the next Black Lives Matter march right?’  As a white woman, I took this message to heart.

Since returning from the Women’s March on Washington, I haven’t forgotten the message from the young man’s sign and I’ve been keeping my eyes open for the next Black Lives Matter march. In the meantime, I’ve chosen to participate in several public demonstrations here in New York City, such as the ‘Emergency Rally for Muslims and Immigrants’ and the ‘Today I am a Muslim Too’ demonstration to continue to take social and political actions that challenge injustice.

The nature of the social justice work ahead will certainly be a marathon as opposed to a sprint. It will require coordinated efforts across a number of areas described in our Code of Ethics—including advocacy and activism, policy development and implementation, community organizing, direct practice, and research and evaluation. As one of my students eloquently stated earlier this semester, ‘now is the perfect time to be a social worker—I think social workers are built for this.’ I could not agree more.