skip to main content
Return to GSS
You are at:Home»Faculty»Dr. Helen Crohn Discusses the Art of Social Work

“You will learn social work is an art.” 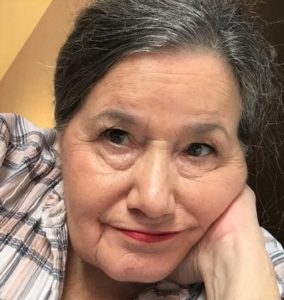 Dr. Helen Crohn contributed to the social work field for over 45 years.

That is what Dr. Helen Crohn heard from her professor, Dr. Greta Zybon, on day one of the Masters of Social Service (M.S.S) program at Bryn Mawr College. Crohn – nervous after spending her early career in art, art education, and fashion design – couldn’t decide whether or not she belonged in social work. Everyone around her seemed to have so much more experience.

Now, after finishing that M.S.S. degree, completing her D.S.W., teaching for 15 years at Fordham GSS, and accumulating over 30 years in agency-based social work, Crohn decided she’s gotten all the experience she needs. This summer, she announced her retirement.

The Art of Social Work

At 24 years-old, Crohn had already received her B.F.A. in fashion design at Pratt Institute, and completed her M.F.A. in art education from the Rochester Institute of Technology. However, once out in the fashion working world, she questioned if it was the right path.

“Fashion was not for me. I didn’t like the industry,” she said. “Very dog-eat-dog. I taught art in a couple of schools for three years, because I had an M.F.A. I realized it was mostly discipline. It was not what I wanted to do.”

After speaking with a friend who attended social work school, Crohn found her passion. She wanted to work with children, but teach them differently – therapeutically.

So, she applied to Bryn Mawr’s M.S.S. program. I asked Crohn what that transition was like – going from fashion and art to social work. To me, the two worlds seemed so disconnected. Wasn’t she afraid?

“When I started social work school, I was very apologetic,” she said. “Everyone had some kind of experience and I was ‘just’ an artist. That’s when Dr. Zybon, in the very first casework seminar, said, ‘you will learn casework practice is an art,’ and she was right. It is an art as well as a science.”

Crohn finished her M.S.S. and remained in Philadelphia, working for a children’s outpatient facility at Hahnemann Hospital – the start of what proved to be over 45 years in the social work field. This was followed by several years in Gettysburg, PA, and then over 32 years at the Jewish Board of Family and Children’s Services (JBFCS, then known as JFS) in NYC.

But Crohn wanted more. She’d been teaching as an adjunct at Columbia Graduate School of Social Work for years, but wasn’t qualified for a full-time faculty position. That’s when she went back to school again – this time for her D.S.W.

“I worked in agencies for years and I was not an academic,” she said. “I had always wanted to get my doctorate, and my kids were old enough, and I finally got it. I wanted to teach at the university level.”

So, another career shift – this time from agency work to full-time professor. But why? If Crohn says she wasn’t an academic, why did she want to be on a faculty? The answer resides in opportunity. A faculty position gave Crohn the ability to not only teach, but do research, write, and teach in places she may have never gone without a professorial gig.

“I liked teaching and being affiliated with a university,” she said. “I was able to do other things, like I went to China and taught there, and I went to London and taught there, and I liked that – a little bit of international exposure. Being in the school gave me a credential where I could have many other opportunities. I got a Fulbright at one point and I used that in China twice. It was a wonderful experience.”

The travel allowed Crohn to immerse herself in other cultures – see the way social work operates in different countries. She specifically mentioned students in China, and the importance of the aging population there.

“A lot of personal things would come up about dealing with their parents and grandparents,” she said. “I had them do an assignment where they had to talk about their family’s origin – I still have the papers. They were very rich in the contrast with ‘the’ American family, particularly in attitudes toward aging parents.”

Why Fordham? And the Future of Social Work

Lots of schools give their faculty the chance to teach abroad, and you can earn a Fulbright in many places. Why did Crohn want to teach at Fordham, and why did she stay for the remainder of her career?

“The faculty and administration were very remarkable,” she said. “They’re really very helpful. I was impressed with the scholarly and research level. I learned a lot just listening to them. In the beginning, I just listened and learned about the way people thought in academia, because it’s very different. It was a whole different way of thinking than we did as agency workers.”

Crohn was no slouch, herself. She brought decades of agency experience into the classroom, and it didn’t go unnoticed by her students.

“The students were interested that I had been working in an agency, and had front-line and administrative experience there,” she said. “I had clawed my way up the ladder of success at JBFCS and spent the last 15 years there running an advanced training program in child, family, and group intervention for the senior staff. I worked in the complicated structure of a large agency; I saw it evolve. I also had a private practice, so I used examples from my practice. For teaching, using real life examples of agency dynamics, policy, and clients – the students appreciated that.”

Over the years, Crohn has had a front-row seat to watch the culture of social work evolve. She finished her M.S.S. in 1972, her D.S.W. in 2006, and coupled those degrees with decades of real-world experience. All in all, Crohn exposed herself to many changes in the field.

“[I’ve seen] enormous changes in theoretical underpinnings” she said. “I was taught psychoanalytic theory and systems theory, and it was fundamental theory but much narrower than it is currently. The idea of human rights and social justice was not as emphasized when I was in school. We knew what it was, but there wasn’t as much emphasis on being an advocate or being involved in structural change.”

And the change hasn’t been purely theoretical.

“[Social work] has become diverse,” Crohn said. “When I went to school, there was no emphasis on diversity. It was just, this is what you did, and culture was pushed to the background. People thought that culture was insignificant in helping people. It was very colorblind, and that’s changed enormously.”

“I think it’s great that the ‘younger generation’ is taking over,” she said. “It’s time to let young people innovate and show their perspective. I felt like, ‘enough already, let the cutting-edge faculty take over.’”

As for retirement, Crohn is looking forward to getting back into painting, printmaking, and traveling – once traveling is safe, that is. She is also archiving and dispersing the enormous body of art work produced by her late husband, Stan Lindwasser.

And, of course, a little bit of volunteer social justice work thrown in.

“I want to do public work that’s meaningful as a volunteer,” she said. “I’d like to work with some of the lawyers who are helping those who’ve been unjustly imprisoned. I have time now to help with the upcoming election. And time to contemplate nature.”