skip to main content
Return to GSS
You are at:Home»Alumni»Teens Under Construction: Using Hip-Hop to Help Build Futures

Yocasta Jimenez, GSS ’11, grew up alongside 9 family members in a one-bedroom apartment in the south Bronx. At 11, she stabbed a young boy in his eye with a pencil. At 15, she dropped out of high school. A lot of people labeled her as an “at-risk” youth.

One of the many problems with the “at-risk” framing is the lack of positive projection toward the future. The youth is “at-risk” of something, but what’s to come? What does it mean? Most importantly, how does the person feel about being labeled as such?

“I got tired of being told, as a teenager, that I was ‘at-risk,’” Jimenez said, “because I didn’t understand that. Like, what do you mean I’m ‘at-risk’?”

Now, Jimenez is the founder of Teens Under Construction, a nonprofit organization driven to eradicate this stigma and help those who have been unassisted and unfairly labeled.

“I wanted to change the tone of understanding,” she said. “[These teens] are more, like, under construction, which is like building ourselves and trying to figure out what the blueprint looks like.”

How does her organization do this? Through hip-hop.

Founded by Jimenez in 2014, Teens Under Construction aims to “elevate our future generation through community resources, support, and advocacy.” The organization seeks to “unlock the gifts in our society’s most vulnerable” through community-building events and in-depth life mentoring programs and workshops.

Teens Under Construction uses social emotional learning (SEL) — the process of developing the self-awareness, self-control, and interpersonal skills that are vital for school, work, and life success — to help the future generation thrive.

“People with strong social-emotional skills are better able to cope with everyday challenges and benefit academically, professionally, and socially,” the Teens Under Construction website reads. “From effective problem-solving to self-discipline, from impulse control to emotion management and more, SEL provides a foundation for positive, long-term effects on teens and young adults.”

And one of the most powerful ways the organization has found to connect with these youth is through hip-hop music.

“We pride ourselves on incorporating hip-hop culture into our organization to engage youth and reinforce youth development and empowerment,” Jimenez said.

Jimenez and her organization are also dedicated to serving young men in prison through the T.R.U.T.H. (Teens Reconstructing Under True Hip-Hop) program. The Teens Under Construction team will break down popular hip-hop songs’ lyrical content with the young men and discuss the different emotions and connections to the content. And Jimenez’s go-to artists? DMX, Jay Z, and Jadakiss. 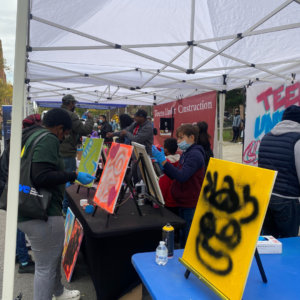 “The responses are amazing,” Jimenez said. “We do song analysis where we listen to songs that we know they connect with, and then we break down the lyrics. They tell us which lyrics they connect with and why. Discussion can open up new perspectives for them, and they talk about feelings they don’t necessarily know how to put into

words. Music does so much for us.”

And for Jimenez, it’s not just about helping these men in their current situation, but making sure they are proactively thinking about the future, for when they reenter into society.

“We don’t want them to come back to the same life, and fall into the same things,” she said.

Starting a Nonprofit with Strong Relationships

When a professor at Westchester Community College said to a teenage Jimenez that she should consider pursuing human services, Jimenez was a bit confused. And a bit skeptical.

“I looked at her and respectfully said you’re out of your [expletive]mind.”

Eventually, she came around. And later, after completing GSS’s MSW program, Jimenez found herself with the roles reversed. Working as a social worker at White Plains High School, she met Stefanie Nolli Gaspar, a current GSS MSW student, and the two stayed in touch while Gaspar was in college. It was then that Jimenez became the one advocating for a social work degree.

“I told Stef Fordham is worth it,” she said.

Now, Gaspar is on the Board of Trustees at Teens Under Construction. She fondly remembers the impact Jimenez had on her at a time when she felt misunderstood by other authority figures at school. 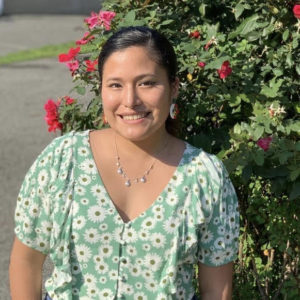 “It was one of my, A-ha! moments — having a social worker I could relate to,” Gaspar said of Jimenez. “When you’re going through difficulties, especially as a teenager, teachers will look at you and say, OK, that’s a troubled kid, but don’t ever ask what’s really going on.”

And even though Gaspar serves on the Board at Teens Under Construction, she is still very much a part of the on-the-ground operations. She spoke about her time working with youth from The Children’s Village, a New York nonprofit organization, and how the experience opened her up to new challenges and triumphs as a social worker.

“That introduced me into a whole different realm, where you would see kids from different backgrounds,” she said. “I remember one kid who was acting so tough, but you could just see they were pretty much in pain. To see that vulnerability was eye-opening.”

Gaspar said she tries to use a medley of information she learns in class at GSS to help her thrive in the organization. However, throughout the research and the most granular of statistics, she said some of the most critical skills a social worker can have are introspection, and the ability to meet others where they are. 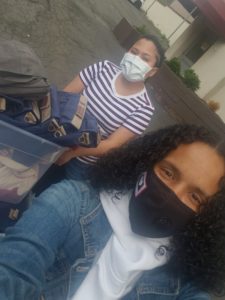 “Just because you’re learning to become a social worker, that doesn’t mean it’s about your perspective,” Gaspar said. “You have to go into a community, and you have to hear the people first.”

And that’s exactly what Teens Under Construction sets out to do. It started with a framing of words—a different tone of understanding—but it’s much more than semantics; the mission is to hear and help the future.