skip to main content
Return to GSS
You are at:Home»Advocacy»SAFE in Harlem: A Vision of a Community Transformed 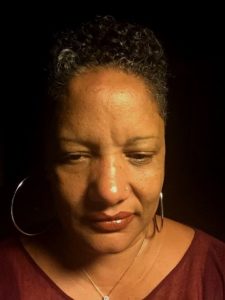 When Harlem native Felecia Pullen (GSS ’15) chose to become a change-maker in the community of her youth,  she faced insurmountable odds. The struggle to rid Harlem of substance dependency is decades-long. Despite the obstacles, she will tell you without hesitation that every moment, no matter how challenging, has been worth it. Her dream is to see her community restored.

Before enrolling in Fordham University Graduate School of Social Service, Felecia had already founded Let’s Talk S.A.F.E.T.Y., a youth initiative focused on substance abuse prevention education. This was the first step in establishing a much broader vision for what is possible for Harlem. Utilizing 25 years of experience in business development, she rallied churches, businesses, government agencies and institutions to support her goal of promoting a substance-abuse-free environment for the children in the Harlem community. S.A.F.E. in Harlem was born.

It was my pleasure to interview Felecia in June 2015.

Some of the S.A.F.E. in Harlem coalition partners.

Priscilla Dyer: This is obviously a labor of love. Please tell us how your project and the subsequent coalition came to be.

Felecia Pullen: Having been born and raised in Harlem I have a very deep connection to the community and its residents, especially its youth, teens and young adults. Ever since I was a little girl I was acutely aware of the drug epidemic of the 60s and 70s, during which heroin abuse became a pandemic addiction that ravaged the community. In the 80s and 90s, crack emerged as a cheap and lethal high that stripped families of parents, and birthed mothers who bore addicted babies. Those babies are now the young adults in the community today who are experimenting with heroin again, and so the cycle continues. I cannot sit back and rest on my laurels because I made it out. In fact, I didn’t make it out unscathed. I too fell victim to substance abuse, and because I’m healing day by day, it’s my job to help others with the disease to heal too. I want the entire community to be whole. It’s my responsibly to make a difference, even if it’s one child at a time. It’s my life’s work, my mission and purpose. I brought to the table some of NYC’s, and certainly this country’s, most prominent organizations including: Mount Sinai Hospital, Harlem Hospital, Children’s Aid Society, Catholic Charities, New York Institute of Technology, Fordham University, and the NYPD, solely for the purpose of substance abuse prevention for teens, youth, and young adults in Harlem.

Priscilla Dyer: There are some really impressive organizations engaged in this effort. How do the partners hope to collaborate in order to amplify the effectiveness of their reach in the community?

Felecia Pullen: Every month on the third Friday at 3:00, we come together as a coalition and plan how we can leverage the strengths of each partner to affect change in the community, where substance abuse and its prevention is concerned. Harlem Hospital hosts us, and Dr. Maurice Wright, Chief of Staff, confers with us along with the heads of pediatrics. Through this department we have access to anonymous but substance abuse targeted data of young people. The data can be used to assess the community’s proliferation of substance abuse based on the number of hospitalizations, overdoses, deaths, and psychotic breaks due to ingesting illicit substances. Mount Sinai Hospital has one of the premier facilities in New York that treats adolescents who struggle with addiction and abuse. We leverage their expertise to guide our actions when creating outreach programs, and to become entrenched with the treatment side of the work when we encounter a teen already in trouble. Children’s Aid Society functions as our youth serving organization. They provide a venue through which S.A.F.E. in Harlem can have direct contact with young people and their parents, who may or may not have been touched by drugs and alcohol. The same goes for Catholic Charities, which provides us access to amazing teens who serve as mentors to younger members. Our religious partner, First Corinthian Baptist Church, also has a huge youth component and provides a spiritual alternative to substance abuse. The New York Department of Health and Mental Hygiene is expert in the field of teen and youth outreach for the purpose of prevention, and we are in constant collaboration in order to devise strategic plans to reach at risk youth in Harlem.  Our goal is to leverage the expertise of each specialist and create and execute programs that will impact the number of abusers positively.

Priscilla Dyer: As you are well aware, the history of epidemic substance abuse in Harlem spans decades. What are some of the unique challenges facing this community?

Felecia Pullen: As mentioned, the babies of the 80s are now the parents of children, teens, and in some cases adults during the new millennium. The main challenge in the community outside of the generational abuse of substances that has occurred in some families, is the systemic poverty, miseducation, high unemployment rates, low incomes, and now community displacement of the African American and Latino families. The neighborhoods into which many African Americans have been pushed are literally swimming in drugs and gang activity. This is evident through police reports similar to the major bust at the Grant houses on 125th street, and the high crime rates in 3333 Broadway, which is the single largest residential structure in the United States. The children of our community do not have to get into their cars to drive to a drug dealer in order to score, like they do in the suburbs. They just simply step outside of their front doors, and they are in the midst of a drug zone.

Priscilla Dyer: What are some of the successes so far that keep you optimistic about what is possible?

Felecia Pullen: The fact that every month, for a year and a half, dedicated S.A.F.E. in Harlem coalition members come together to meet during the middle of their workday denotes that they are compelled to make a difference in the lives of youth. This is a community that often gets overlooked when programs and services are developed. I’m inspired by the numerous community activists and grassroots leaders who tirelessly forge ahead with agendas that are aimed at improving the lives of black and brown children, despite the lack of financial support. I’m overwhelmed by the generosity of the community, as they’ve learned to accept and expect that we will deliver quality programming, and the best evidence-based practices to motivate youth to say no to drugs and alcohol. We’ve successfully engaged teens and taught them to collect data driven assessments of the community, and then prepare action steps to create change, and they feel empowered and inspired to do more. But mostly, I’m continuously motivated by every partner, neighbor, parent and child because when we win the war on drugs in the community, which has a target on the backs of our children, we succeed in creating hope.

Priscilla Dyer: Recently, S.A.F.E. in Harlem and other Harlem-based projects were informed that funding would be reduced or pulled altogether. Please talk about the impact the loss of these support systems will have on the Harlem community. The reach of these efforts go far beyond abuse prevention.

Felecia Pullen:  Unfortunately, during the 2015 budget allocations for prevention work by the state of New York, numerous long-standing providers in the Harlem community were defunded. Two of these organizations were denied money after 47 years of serving the community, and one after 30 years. These cuts have a tremendous impact on the lives of our teens, youth and young adults. They are increasingly at risk for abuse, and have fewer places to go for treatment and services. The more devastating impact is on the children who have yet to succumb to substance abuse, and who will no longer have the safety net of prevention providers (and in some cases community centers), which were so entrenched as secondary homes and safe spaces for boys and girls to escape the realities of drugs on their streets. These centers often serve as extended family, mentors, academicians, deliverers of elusive arts and sports such as fencing and drumming (which have been cut from their schools), and the staff many times fill the roles of absentee patents. It’s a shame that one of these aforementioned institutions, which sits on prime property on 125th street, is facing the harsh reality of not only having to close its door on needy children, but they may lose their building because the state will no longer fund their work. This devastating blow is compounded by the fact that with another two years of mortgage payments, they would have owned the property outright. It’s horrible what’s happening to these providers, but more importantly, the children in Harlem.

Priscilla Dyer: In light of these new developments, what are your next steps? How can people help?

Felecia Pullen: We are collectively as prevention providers bringing light to the ugly situation in Harlem, and other inner cities throughout the five boroughs, which casts a vast shadow of darkness on the communities. So much of New Yorkers’ tax dollars have been allocated to fund upstate and suburban communities (that have very little racial or economic diversity), that the state’s financial plan to reduce substance abuse causes us to question their strategy, as they defund preeminent organizations and negatively impact the lives of children of color! We believe that the voiceless have been silenced for too long, and it’s our position to speak up for them. We have asked city officials for emergency meetings in order to try and receive our fair share of tax dollars to save at risk youth. We are advocating for additional dollars from Albany to do our work. For now we are creatively prospecting for other funds, in order to deliver what we promised to the community when we entered with a plan to reduce substance abuse.

On Wednesday, June 17th at 4:00pm, Mayor de Blasio’s staff and other selected officials, will meet with long-standing community substance abuse prevention providers throughout the five Boroughs, who have been defunded by the state of New York. Download the Media Alert.

More on SAFE in Harlem