skip to main content
Return to GSS
You are at:Home»Advocacy»Haiti and the Refugee Crisis 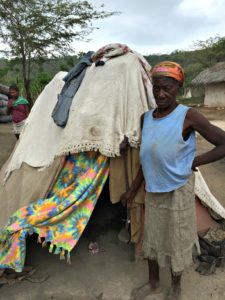 The crisis at the border with the Dominican Republic is quickly escalating. While we are faced with the largest refugee crisis since World War II, with hundred of thousands of refugees entering European countries, the Haitian refugee crisis risks going unnoticed! It wouldn’t be for the first time. Media, and more recently social media, tend to shape and frame global issues, creating urgency based on visibility given to some events. Yes, we do have over 4 million Syrian refugees to be concerned with, and ongoing civil wars throughout the Middle East and northern Africa, but the Haitian crisis is the greatest in the Western hemisphere, and needs some immediate intervention to prevent it from growing.

The Dominican Republic recently (2013) changed its constitution to apply the jus sanguinis principle (the right of blood) in regards to citizenship. Meaning that approximately 200,000 Dominica people of Haitian descent, currently living in the DR, even if holding a DR citizenship, will lose it unless they are able to prove their Dominican origin, going back approximately 100 years (to 1929). This change became a threat for two Haitian population groups: one being the ones with no documentation, living in the DR; and the other being the Dominican citizens, that lived in the DR for generations, yet were born to Haitian parents. Since June 2015, hundreds and thousands of people self-deported in response to perceived threats, abusive behaviors, and downright violence, deciding to return to Haiti.

There are four walking entry points at the border with the DR – and all of them faced increasing numbers of displaced groups – leaving the DR trying to figure out where to go, what to do, and how to live in Haiti. Anse-a-Pitre is a small border town, close to Pedernales (the border entry point). Seven and a half hours away by car, from Port-au-Prince, and 9 hours away by boat from Jacmel, Anse-a-Pitre became one of the target places for refugees. Over 2,000 people are now living in two refugee camps, populated by self-made tents, most with no tarp covers to protect them from rain, housing anywhere between 2 and 9 people each. Infants, babies, young children, and young pregnant women (some as young as 14) are the first ones that I see, many (too many) striving to be seen. With a small empty bowl in their hands, children wait quietly for food – a ratio that seems to shrink every day. Sitting in the dirt in front of one of the tents, a child probably under 1 year old eats the leftover rice from her bowl, wide-eyed sorrow with no claim to a newspaper’s front page. The remains of a doll close-by tell the story as no one else could: a story of loss, pain, anger,  injustice, a story of forgotten humanity. Meanwhile, we count how many people, how many with relatives, how far away, how much to get them there, how long the trip, the waiting, the added losses. A 22 year old died a few days ago following an asthma attack, because no health services were counted. Just a few hours after I left the camp, the rain starts, giving me some relief from the burning sun… yet pouring over unprotected tents, flooding the camps, leaving people with no refuge. How many rains will we count until something is done? Until someone will notice them? Until their stories will be written, told, seen?

I’m counting with them. One organization that leads the relocation efforts trying to find the best solutions, Social Tap, Inc. led by Kara Lightburn, managed to pull resources together, and impress doctors, sociologists, social workers, and yes, politicians, to act. Three field workers, young Haitian men, are choosing to respond to the crisis the best they can. Serge Turin, a former IOM worker, trained Luxor and Eddie to count and collect data that matters. One doctor, John Carrols, decided to extend his stay in Anse-a-Pitre, and assess health care needs in the camps. Over 90 days in the camps for the 300+ families. Countless stories are waiting to be written, waiting to be told, waiting to be seen. One humanity, waiting to be recognized and respected!

Join us at Fordham GSS on Tuesday, October 13, 2015, for a much-needed panel discussion on Haiti and the Refugee Crisis.