skip to main content
Return to GSS
You are at:Home»Advocacy»March for Our Lives
Story written by Tiffany Schiller – MSW Student 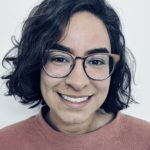 On March 24, 2018, Fordham GSS students gathered in solidarity with students across the five boroughs and across many levels of academia to protest gun violence and domestic terrorism within the United States of America.

Fordham GSS student Joanne Hsu (who attended the New York City march) said, “The march is social work in action. We effect change on multiple levels, and marching together reflects the change that we seek to make together on a mezzo and macro level. Advocacy is not easy, but it is exactly what we are meant to do as social workers.” 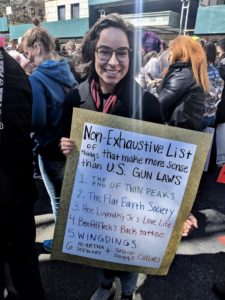 As the march developed, however, it became something more. Beyond just focusing on school shootings, the New York City march aimed to recognize all victims of gun violence and terrorism. 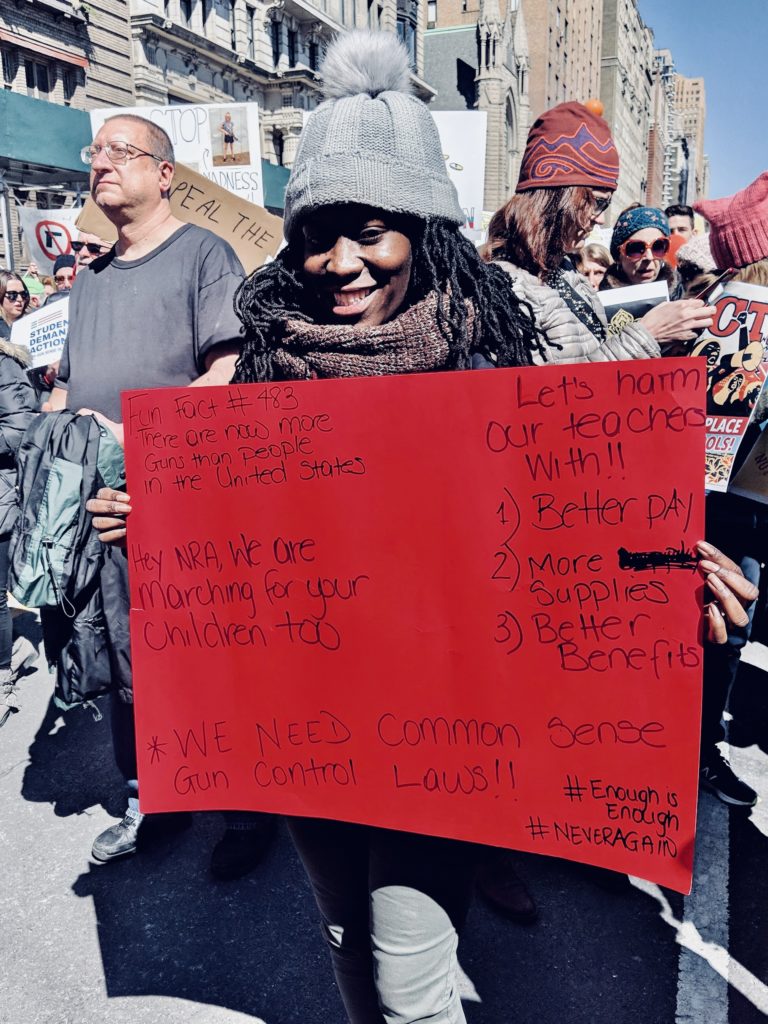 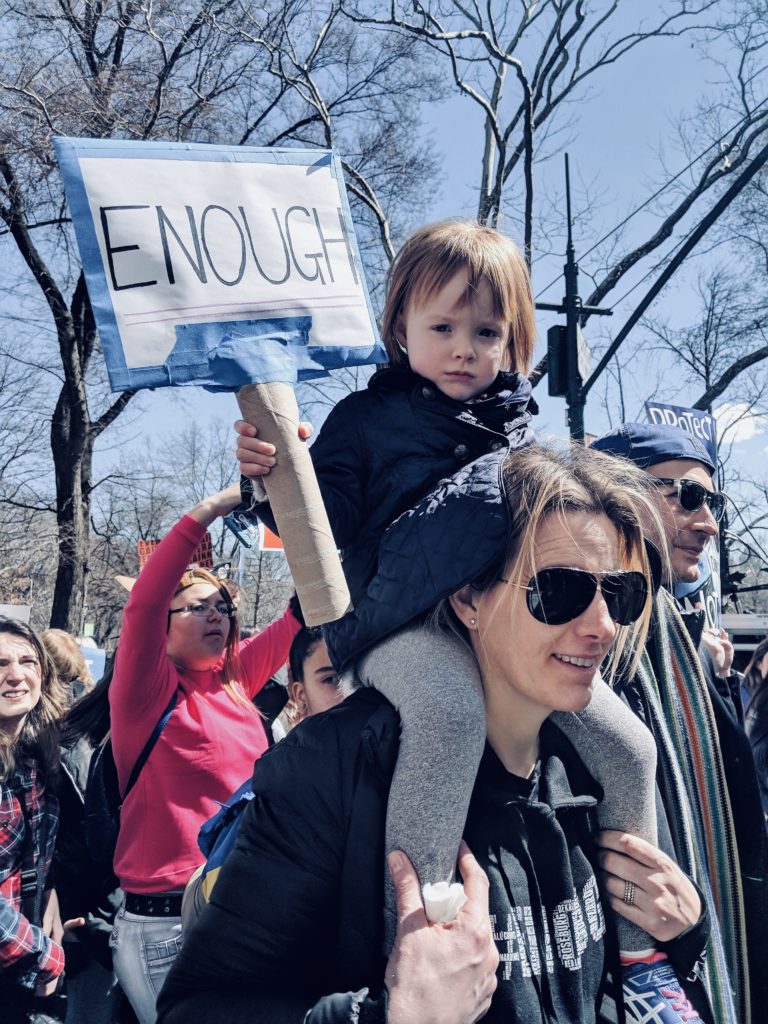 The march organizers also highlighted Safe Horizon, an organization that works with victims of domestic violence and violent crimes in New York, as well as the Crown Heights Community Organization which aims to intervene and minimize gun violence on a community level. Both organizations work against the gun violence that many New Yorkers experience as a part of their everyday lives.

If you are interested in doing more to advocate for gun control, you can take the following steps:

If you are interested in taking part in future advocacy events as a Fordham GSS group, join the Facebook group “Fordham GSS – Students in Solidarity.” The aim of this Facebook group is to provide a space where students can gather over issues such as gun control and stand together in solidarity.