For Jane Harding, Patch Adams was more than just a lighthearted movie starring Robin Williams as a doctor who dresses as a clown to cheer up sick children.

Harding, a native of Iowa who graduated from Fordham College at Rose Hill in 2018 with a degree in communication and media studies, said the film inspired to pursue her current career.

As a care coordinator at the Memorial Sloan Kettering Cancer Center, Harding assists children who need procedures such as bone marrow biopsies. In that role, she said, she constantly utilizes the skills she learned as part of the inaugural cohort of Fordham’s master’s degree in health administration.

“All of these things are in the back of my mind while I’m at work, and I learned all of that through my introductory course to health care.” The course is one of 17 courses that comprise the program. 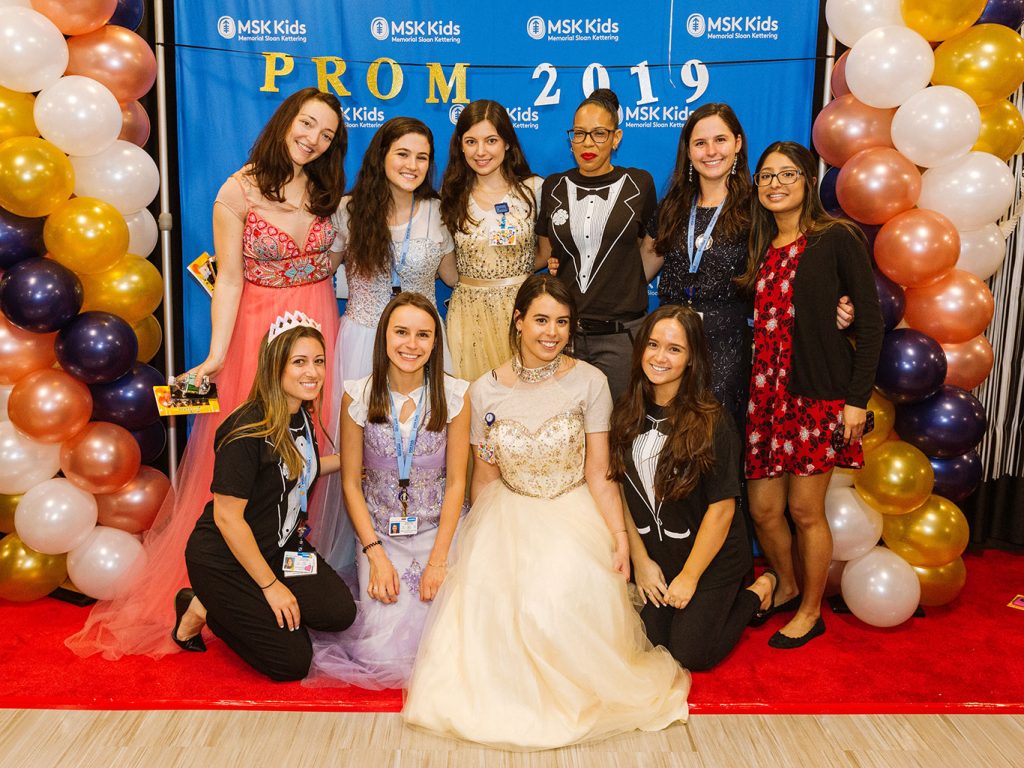 An Industry With Potential

As one of 17 students to sign up for the degree, which is hosted in the Graduate School of Arts and Sciences and taps the expertise of faculty from the across the university, Harding was exposed to all the facets of an industry that is estimated by the Center for Medicare and Medicaid Services to comprise more than one-sixth of the American economy.

It’s an industry that’s in great flux as well. On Sept. 10, the Census Bureau reported that about 27.5 million people, or 8.5 percent of the U.S. population, lacked health insurance for all of 2018, up from 7.9 percent the year before. It was the first increase in uninsured Americans since the Affordable Care Act passed in 2010.

“Students told us the program really prepared them to address the challenges that the Affordable Care Act had brought into the health care industry, in terms of integrated care, the importance of prevention in primary care, and looking at the patient as a whole person,” he said.

“They’ve been given the tools where they can identify and create solutions to new problems as they come up.”

A second-year cohort has already admitted 19 students, and except for a small change to one course to help students better use data, the coursework is the same.

Although all students admitted to the program were required to show that they had a passion for the field consistent with the Jesuit tradition of service for others, Sen noted that differences among the members of cohort were important too. Not everyone was a recent college graduate like Harding.

“We had members of the group who have been in the medical profession for more than 30 years. They shared information and opportunities with each other, and we see that reflected in the types of new jobs and promotions that these students have ended up getting,” he said.

Jeffrey Moskowitz M.D., a medical review officer at Con Edison who earned a doctorate of medicine in 1977, was one of them. One of his previous jobs was as an administrator of a large outpatient surgery center, and he said he wanted to learn more about how larger trends in the health care field affected his work.

“My perspective on the field has totally changed. The only thing I knew was what I had personally seen. Here, we got a world viewpoint, which was much greater than anything I’d known before,” he said.

“This was an eye opener in terms of how things work on different levels—not just on a practitioner level, but the hospital level, the lab level, and how government policy affects everything.”

Focusing on Patients, Not Paperwork

For his capstone project, Dr. Moskowitz designed a wellness program for ConEd focused on preventing employees from getting sick. In terms of coursework, he noted that courses on marketing and ethics were particularly useful.

“We reviewed how to look at situations from various viewpoints and make reasonable decisions while keeping moral and ethical thoughts in mind, which is really what health care administration should be about,” he said.

“If the focus is the patient, and nothing is black and white, how do you best choose among the different options? I liked that ethics course a lot.”

And while it’s true that the Affordable Care Act has ceased to continually increase the number of Americans with health insurance, other changes that it inspired live on, he said.

“One of the modern revolutions in health care is actually listening to the patient. Traditionally health care revolved around what worked for the doctor, which is why most health care is delivered between 9 and 5, when it’s inconvenient for people to get there,” he said.

“Now many hospitals now have patient experience coordinators, and Medicare is reimbursing doctors based in part on patient surveys. This was all brought out in terms of the course.”

That renewed focus on patients is evident in the way the degree is structured, he said.

“As a Jesuit university, Fordham cares a lot about people,” he said.

“So it makes sense that this degree is about keeping people healthier, rather than just the simple administration of rules and regulations that help an institution make money.”