skip to main content
Return to GSS
You are at:Home»Faculty»Cuba es mi Patria [is my Homeland] 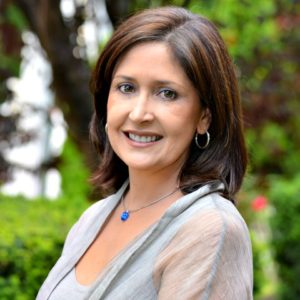 Fordham GSS professor and new filmmaker Rose M. Pérez announces the development of her new documentary, Cuba es mi Patria. This Spanish-language project will also be released in English, under the title, Cuba is my Homeland.

“I am so grateful for my experience working on this documentary,” Perez says. “It has been a privilege and an honor to hear the stories of other Cubans who built a new life in the United States.”

The documentary shares the courageous stories of older Cubans who describe their pre-1959 homeland as “paradise,” one they assumed they’d return to after a short stay in the United States. Though most have been living in exile for decades, their memories and attachment to Cuba are as strong today as the day they left.

This project was inspired by Pérez’s research with Cuban-Americans about their grief over leaving their homeland. Due to the advancing age of the individuals she is interviewing, the timing of her research and this documentary is critical.

“Now that they are nearing the end of their lives, their stories have begun to die with them,” explains Dr. Pérez. Tearful family members told of their parents’ dying without having fulfilled their expectations to return. The documentary project will ensure that their stories are preserved and protected for future generations.

The film project began with this singular focus when Panamanian director Jose Vega Pérez took interest in Professor Pérez’s research and convinced her to illustrate the powerful stories that had moved him to tears. Dr. Pérez’s collaborator on the project, Zulema E. Suárez, Ph.D., was also born in Cuba and moved to the United States at a young age.

The team began filming interviews with Cuban Americans in New Jersey and Miami. In addition to the interviews, they also filmed sites and objects of special significance that illustrate comments made by participants. Questions by Fordham students upon previewing a trailer of the film also inspired the film’s content. For example, historical footage is planned to tell the story of what led to the continuous exodus of Cubans.

Also, with the recent shift in Cuba-U.S. relations beginning on December 17, 2014—a date many Cubans recall very well—Fordham social work students as well as their Dean, Debra McPhee and other supporters, began to question whether a wider focus could be considered. Newer Cuban Americans, long thought of more as economic immigrants than as political immigrants, have a different perspective from that of older Cubans.

Indeed, newer Cuban arrivals have added an interesting level of complexity to the film. Cubans arriving since 1980 are as sizeable a group as those who came in the early 1960s. Interestingly, recent Cuban arrivals have a positive sense of gratitude for the opportunities afforded by the United States that is similar to that of their predecessors. However, they are unlike their predecessors who could not return home when they first left or who still fear returning. Instead, recent arrivals maintain close connections with family on the island and travel back and forth as much as they can afford to do so.

Recent arrivals are hopeful that the changes in US-Cuba relations will reduce the obstacles to traveling home and that back and forth travel will increase information flow—providing those on the island with an appreciation of life outside of Cuba. In contrast, those who migrated in the first 20 years following the revolution remain skeptical that any progress will ensue and adamantly oppose the proposed changes, emphasizing that these will strengthen Cuba’s ruling party.

Although the focus of this film is apolitical, the political is implicit in the motives all Cuban Americans had for leaving. The stories we heard and the data gathered by Professor Pérez over the years resonate with aspects of ambiguous loss theory, a theory originated and developed by Dr. Pauline Boss. In her research extending ambiguous loss theory to issues of loss of homeland, Professor Pérez posits that the chronic ambiguity and uncertainty accompanying a lifetime in exile can be even more painful than the original traumatic departure. The documentary film highlights those coping strategies that have been successful in supporting individuals impacted by ambiguous loss of homeland.

The independent film portrays the grief, the joy, and the cultural diversity of a resilient population. More specific, it tells the experiences of early Cuban refugees whose “temporary” stay in the United States became permanent and whose memories and emotions are as vivid today as the day they left. It also captures the lives of more recent arrivals who never knew the island the older Cubans mourn. Through personal interviews, a transcendent story emerges of a joyous, fun-loving, and resilient people. Cuban Americans mitigate their profound loss by keeping Cuba present through their stories, music, food, traditions, and memories. They cherish the land and the loved ones left behind as they make a new life in the United States, the country they now call home.

Since the film began in June 2014, a host of volunteers have generously given their time by participating in the interviews themselves or helping us to recruit others and even accommodate us during our travels. These volunteers include old friends, extended family, and new friends met on location in parts of Miami such as Little Habana and Union City.

As the change in relations between the U.S. and Cuba has awakened interest in all things Cuban, the crew hopes to raise needed funding to complete the film. Their story, trailer, and contact information are posted on Kickstarter.com, Facebook, and Twitter.