skip to main content
Return to GSS
You are at:Home»Advocacy»GSS’ Be The Evidence Publishes An Analysis of U.S. Compassionate & Geriatric Release Laws 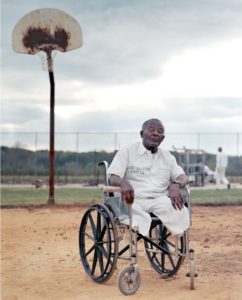 Dr. Maschi states, “Our hope at Be The Evidence is that this report will be an important first step to inform decision making and makers around evidence-based policy as well as the general public and community service providers to examine the attitudes and practices toward the elderly, seriously ill and dying in the criminal justice system.”

A BRIEF OVERVIEW OF THE REPORT AND KEY FINDINGS

As the prison population in the US grows, and the cost to incarcerate is impacted by medical care, it is important to understand if and how various systems address the likelihood of treating incarcerated people who are older and/or who have a serious or terminal illness. The purpose of this report was to analyze other laws and regulations pertaining to the early release or furlough of incarcerated people within the United States in connection to advanced age and/or illness. A comprehensive search of the Fordham University Library’s Lexus Nexus database, the research team found that:

¨     Oregon is the only state whose law recites language on the humane treatment of the aging population, and states that without the release of the prisoner at the advanced age/infirmity, their incarceration may be considered “cruel or inhumane.”

¨     Forty-seven out of 52 possible federal or state systems have some legal procedure or precedent for incarcerated people or their families to petition for early release based on advanced age or health.

¨     Among the 47 systems, one or more of the following factors were used to determine release:

This content analysis prompts additional questions and offers guidance on how human rights standards can be used to construct policies, laws, and practice that respect and honor the dignity of the person, promote the political, civil, social, economic, and cultural rights of all citizens, and ensure nondiscrimination, transparency, and accountability on the part of governments. Treatment of the aging and ailing population within prisons constitutes a moral, economic, social, legal, and human rights issue.  Therefore it is important to understand how aging and ailing incarcerated people are perceived by ourselves and within the prison system before communities can meaningfully respond to their aging, seriously ill, and dying members and offer support to their families.  The report includes sensitizing exercises in the report appendix that can be used with policy-makers or in practice or educational settings.

The Painful Price of Aging in Prison (The Washington Post)

[Video] A Message from Inspector General Horowitz: The Impact of an Aging Inmate Population on the Federal Prison System (U.S. Department of Justice)

Review of the Impact of an Aging Inmate Population on the Federal Bureau of Prisons, Oversight and Review Division Report (U.S. Department of Justice)

Be The Evidence International is a 501 (c) 3 not-for-profit organization founded by Dr. Maschi in 2014. Its stated mission: To create awareness of human rights and social justice issues through research, advocacy, education and action programs. BTEI’S activities are designed to foster dialogue and facilitate progress on how health and justice equity can be realized for everyone, everywhere.